Its been so late to post this story, but better late than never.. right? Well, on January 29th.. almost a month ago.. I got the chance to be invited as hijab tutorial tutor for HSC (Hijab Style Community) Bandung.. It was my first time gave a tutorial live in front of many audiences.. as you know, I usually give hijab tutorial through video that I uploaded to Youtube.. However, I was so happy that the participants were so excited and also the committee were humble, cheerful and fun to be with.. I had so much fun that time.. Really wish that I can meet all of them again.. :) 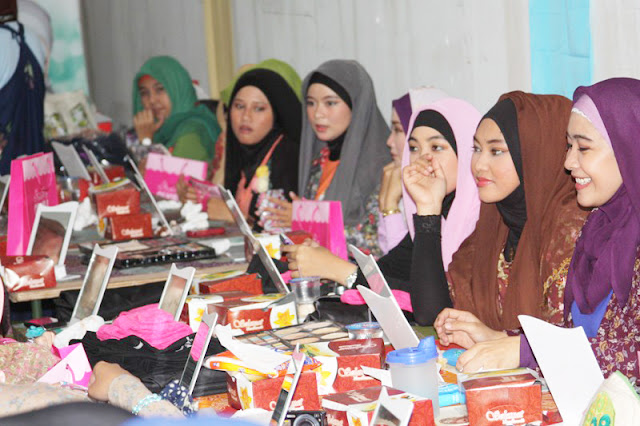 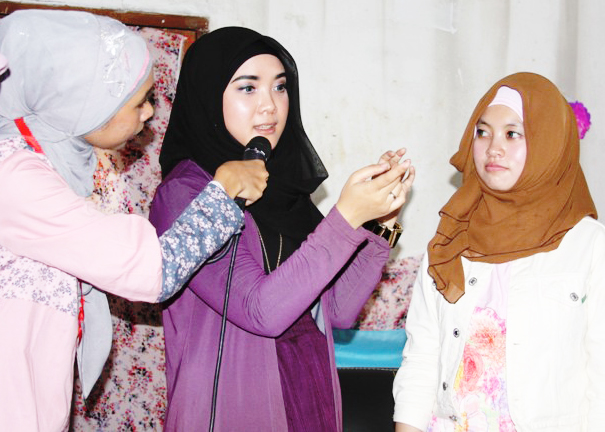 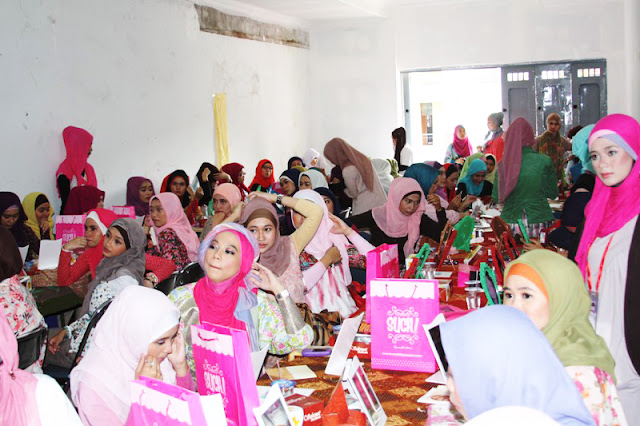 There were about more than 60 participants and they were given goodie bag from Such! 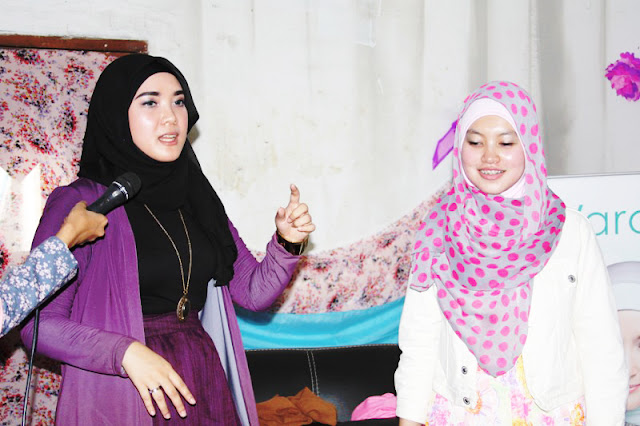 This is the tutorial using shifffon scarf.. and after this tutorial, I give this polkadot scarf to the model :) 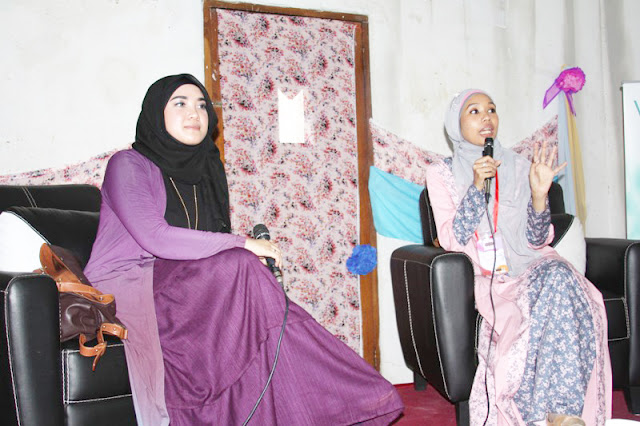 With the host, Bena.. 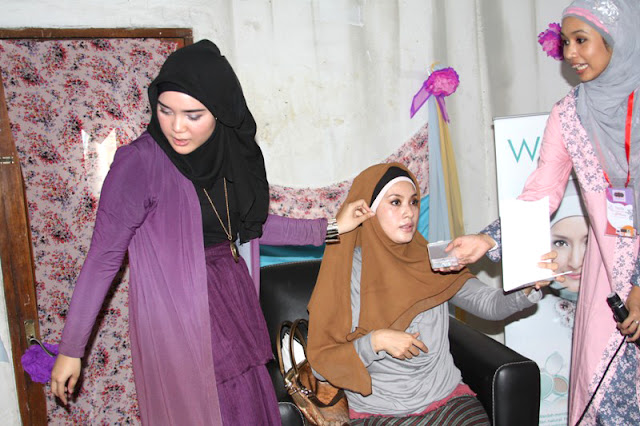 When the tutorial class is over, suddenly Teh Elma Theana (Indonesian actress in early 90's) came to visit her boutique which happen to be our venue, and when she saw all the pretty girls with their unique hijab style.. she wanted me to do the same to her hijab. So I made her a new hijab style wearing my square scarf that I brought that time. 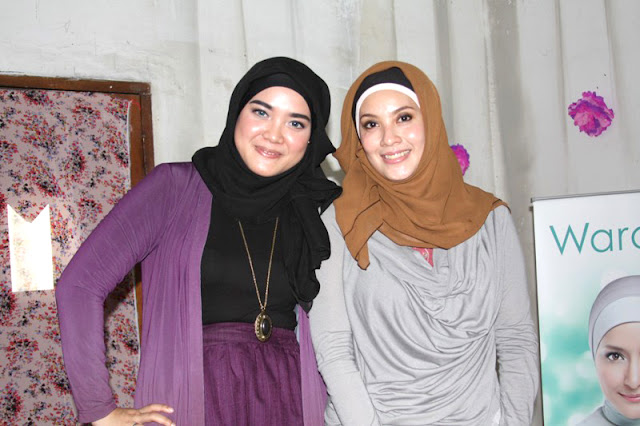 She said, "Eh iya ya.. lucu ya.. bagus ya.. kaya rambut diblow gitu.." hehehe.. Alhamdulillah she loves it. 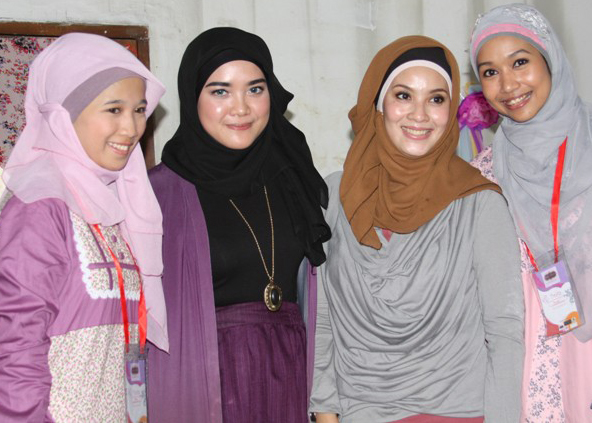 Took picture with Teh Elma Theana and the host of the event, Ratna and Bena.. 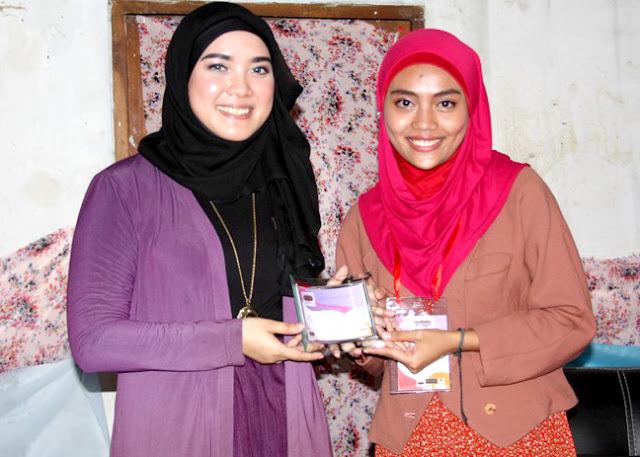 With Head of Committee of this event, Windy 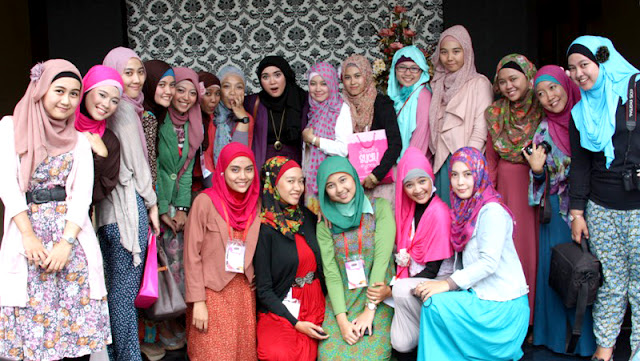 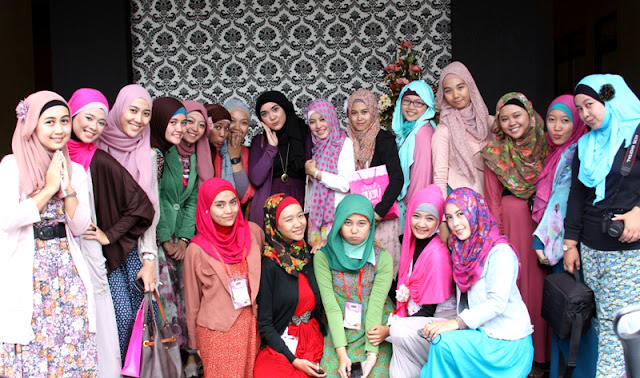 With all committee of HSC Bandung. For you who lives in Bandung and want to know more about their activities and event, you may follow their tweets @hscbandung

Thanks hubby for accompanied me and took picture.. Love you..
Posted by Suchi's at 8:54 AM