Last night I just saw Owl City in concert in Jakarta. Have you heard about Owl City before? Owl City is a band from Minnesota, US. Adam Young, their lead man and also the singer of Owl City is a genius! I love their songs because sounds unique, modern, easy listening, layback, fun, well you can enjoy so many different elements in their songs. And when I knew they gonna have concert in Indonesia, I bought the ticket right away! and the show was yesterday.. Pheww, no words can describe how was their performance last night! it was awesome, superb, wow.. Love it, full of energy.. I went to the concert with my siblings.. First, I was a bit confuse of what to wear.. but finally I decide to wear something comfy and simple, and this is what I wear..

And recently, I love my sister's style.. she became more stylish and girly.. and this is what she wears:

The ticket are on our hand! yeayy.. but we still had to stay in line to get inside the venue. The gate was opened at 6 pm. We've already there since 5 pm.. well, we don't wanna missed a thing! 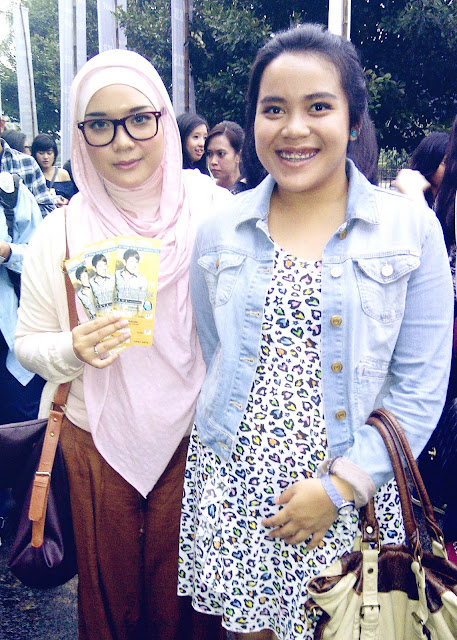 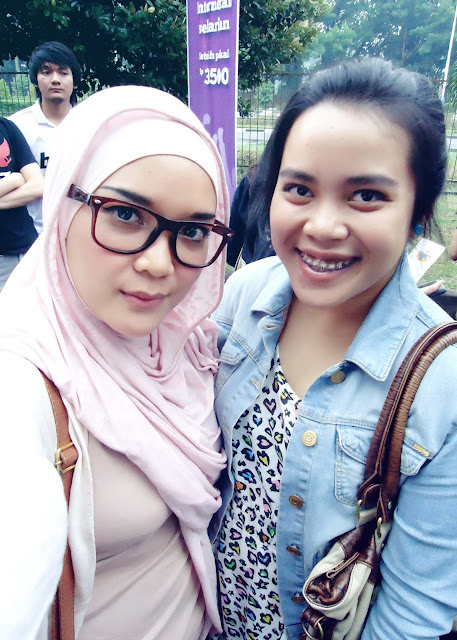 And we met the big boss of JavaMusikindo, who were the event organizer of the concert. we took picture with Om Adrie Subono. He's so nice, still willing to take picture with us while he was so busy organizing things. 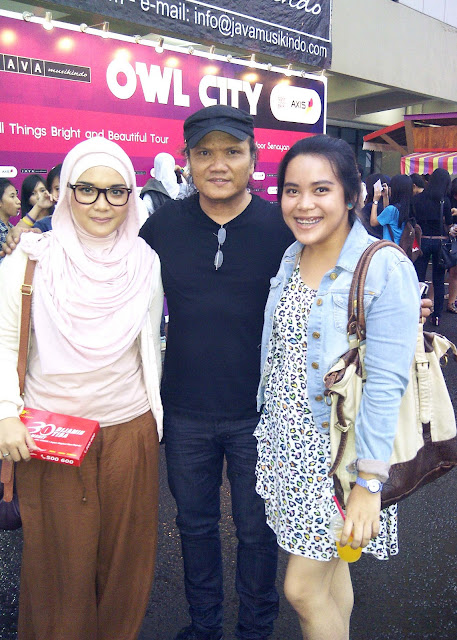 Ahahaha! we also took picture with Adam Young who happened his hair is similar to Justin Bieber. Well, I over heard strangers who make jokes out of it, they said "wow, we bought ticket to see Adam Young, not Justin Bieber" LOL! 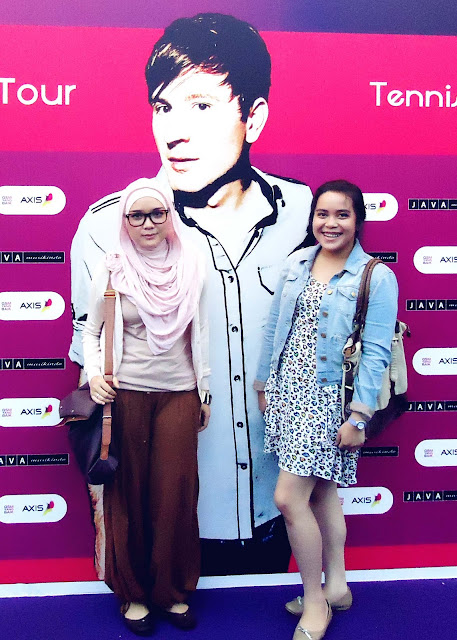 We've already in the venue, we get the tribune seat because we're not typical people who like to be pushed here and there or get our foot stepped by some strangers.. ahaha.. Besides, the view from the tribune area not that bad. Yesterday rain was really hard outside, that's why Om Adrie tweeted that the show is gonna be postponed for sometimes in order to wait others who stuck in Jakarta's raining traffic. While waiting, we took picturesss! 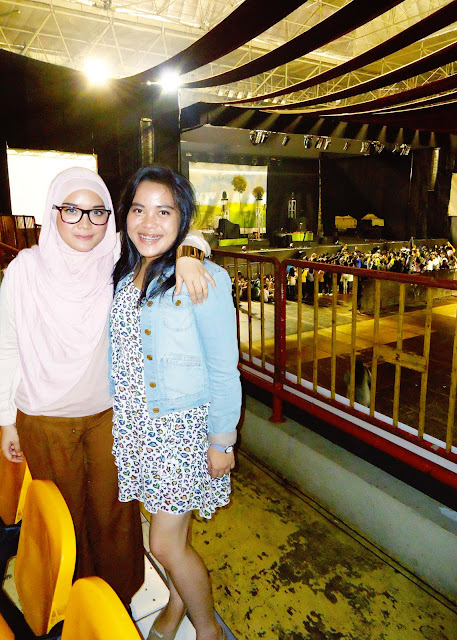 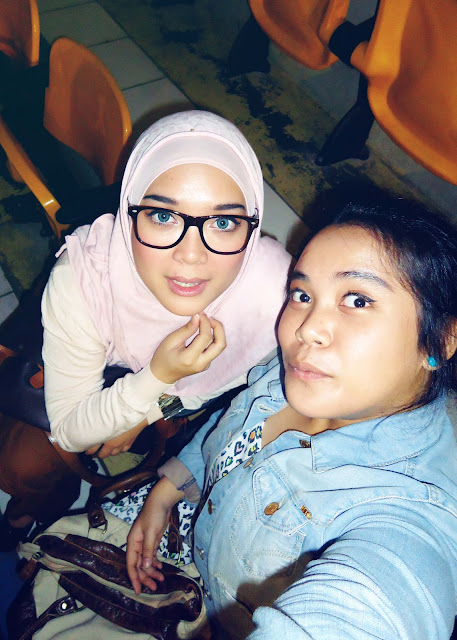 Its 7pm, and the venue was still half full.. or maybe 1/4.. but the show is start on 8pm anyway.. so, I still have to wait for about 1 more hour. I'd rather wait longer on the spot than I should stuck in Jakarta's-after rain-traffic. pheww! 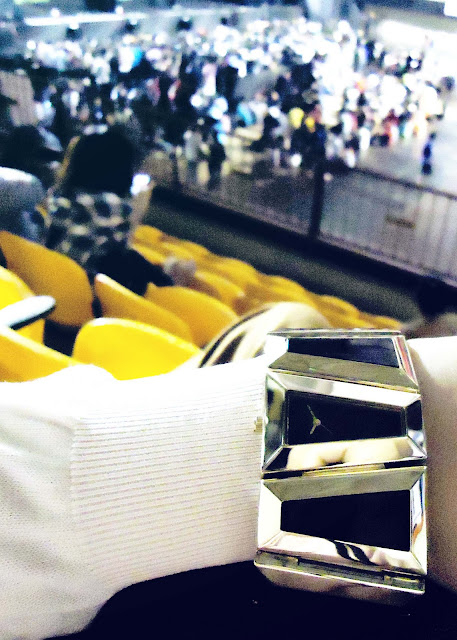 And finally! the show was start.. On 8.15pm.. The show was opened by new artist named Brianne Duren. She's singer and she sings with keyboard. Her voice was so cute and I love her songs.. What a good start.. And after she sang 5 songs, ADAM YOUNG was in da house! yeaayyy.. and the concert was started. 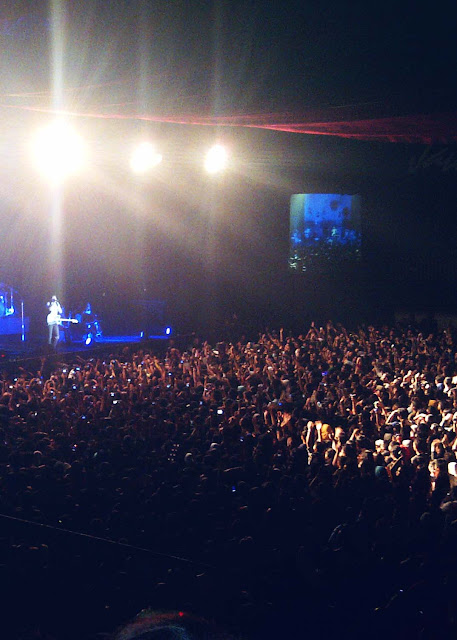 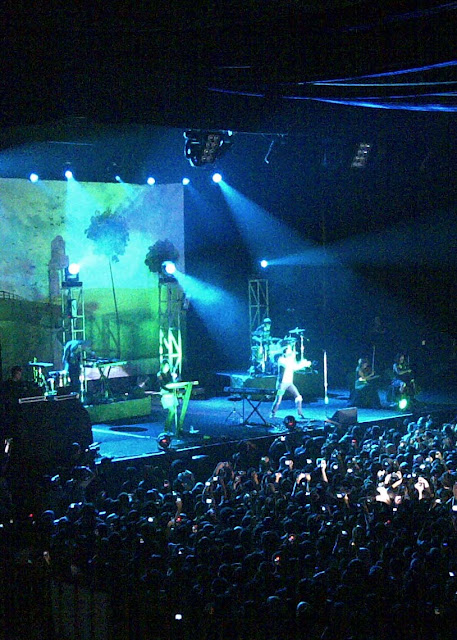 Overall, I love the show! and it was totally worth to wait. They played 19 songs before they took off from the stage and then came back to sang 2 more songs after we shout "WE WANT MORE! WE WANT MORE!!!" Nice.. They play almost all of my favorite songs but one, they didn't sing "Vanilla Twilight" huhuhu.. sadd.. but its okay, they gave us more than my expectation anyway.. So it doesn't matter.. and I'd like to share with you the video from last night.. this is when Owl City sang "Fireflies".. and pleaasseeee excuse my pitchy-sing a long-voice.. sorryyyy..
Posted by Suchi's at 12:20 PM